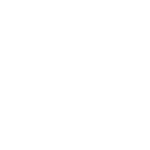 Way back in the 1760s, “indigent elderly” who were not lucky enough to be cared for by rich children began to receive “outdoor relief” money from the government. This was also given out to the poor members of the community, similar to welfare. Eventually, spending got too great so the government decided it was more cost-efficient to switch to “indoor relief” money. Poorhouses, almshouses, poor farms, and other similar buildings were created to provide housing for the “paupers” of society. This included many elderly residents who could not afford their own place nor take care of themselves properly on their own. However, to prevent people from pretending to be poor in order to get free room and board, these almshouses and the like were made as unattractive as possible. Conditions were far from good and some even required uniforms to be worn to show that a person came from the poorhouse. Seniors didn’t have many options, so many had to deal with the unhealthy living conditions which often caused illness and even death. In the early 1900s, churches started to feel guilty that the elderly were spending their last days surrounded by paupers, criminals, mentally ill people, and “unsavory” individuals. Various religions decided to step in and create homes specifically to care for the elderly. As you might imagine, in order to be accepted into one of these homes, the senior had to be a member of the faith, preferably attending that church. Conditions here were far better than the almshouses, but we still had a long way to go.

The 1920s saw a shift in almshouses. Other organizations opened care facilities for those with different conditions, meaning that the residents of almshouses were no longer from all edges of the community. During the 1902s, almshouses were filled mainly with destitute elderly people. Some reports estimate 70% of almshouse residents were elderly during this time. Still, these facilities bred illness and disease and were far from an ideal environment for frail elderly people. The US Government saw the many issues with almshouses and wanted to change the system quickly. They passed the Social Security Act that would give funds to elderly people living in government-approved environments while giving nothing to those in almshouses. Unfortunately, monetary incentives were not enough because the seniors needed care. They couldn’t just move to an apartment on their own because they were unable to take care of themselves. The government started to offer the residents’ monthly pension to any private institution that could care for and house them. As a result, more institutions welcomed new senior clients, providing them with a healthier living environment and better care.

Thanks to the implementation of new government grants, nursing homes started to spring up all over the country! The Hill-Burton Act that launched these grants required the facility to be built in conjunction with a hospital, resulting in clean, organized, and medically-proficient environments. It wasn’t until the late 1950s when nursing homes received grants without being connected to a hospital.

Medicare and Medicaid were created and signed into law in 1965. Under the new law, anyone over the age of 65, or under the age of 65 with a disability received health coverage from the government. This prevented private nursing homes from discriminating against lower-income seniors in need of care. It also protected those who were unable to work conventional jobs and earn benefits. Essentially, it placed all elderly people on a similar playing field in terms of insurance.

Park Place in Portland, Oregon opened in 1981 and is considered the first modern assisted living facility as we know them today. Each resident had a private room with doors they could lock, but the facility also had a 24/7 care staff for emergencies. Seniors could mingle in social spaces to avoid feeling isolated and lonely. Assisted living took off because it gave seniors a safe place to live without stripping them of their privacy or independence. It’s still a popular option today!

The only thing more popular than assisted living facilities is the new concept of aging in place. Elderly people are living longer and suffering from far fewer health problems. As such, they may struggle with some things but do not really need full-time care in a facility. In-home care has quickly become the top senior care option, allowing elderly loved ones to live in their own home (or with their family). Caregivers are hired by the family to visit the senior on a fixed schedule. 24-hour care is available through many agencies, but intermediate care is far more common. A caregiver can stop by for a few hours per day to help the elderly person get ready for the day, give them social interaction, take them on walks, and more. Your loved one can age in place in their own home where they are comfortable with their environment. This type of care is particularly popular for Alzheimer’s/dementia patients because staying in their home is comforting and familiar to them.
B’Zoe Home Caregiving has been offering the best in-home care possible for many years. Our staff are highly trained in the best senior care techniques and we are proud to offer flexible services designed to meet your needs. Learn more about B’Zoe Home Care and what we can do for the senior in your life at https://bzoehomecare.com/. Call us at (206) 953-4900 to schedule a FREE consultation! We look forward to working with you.